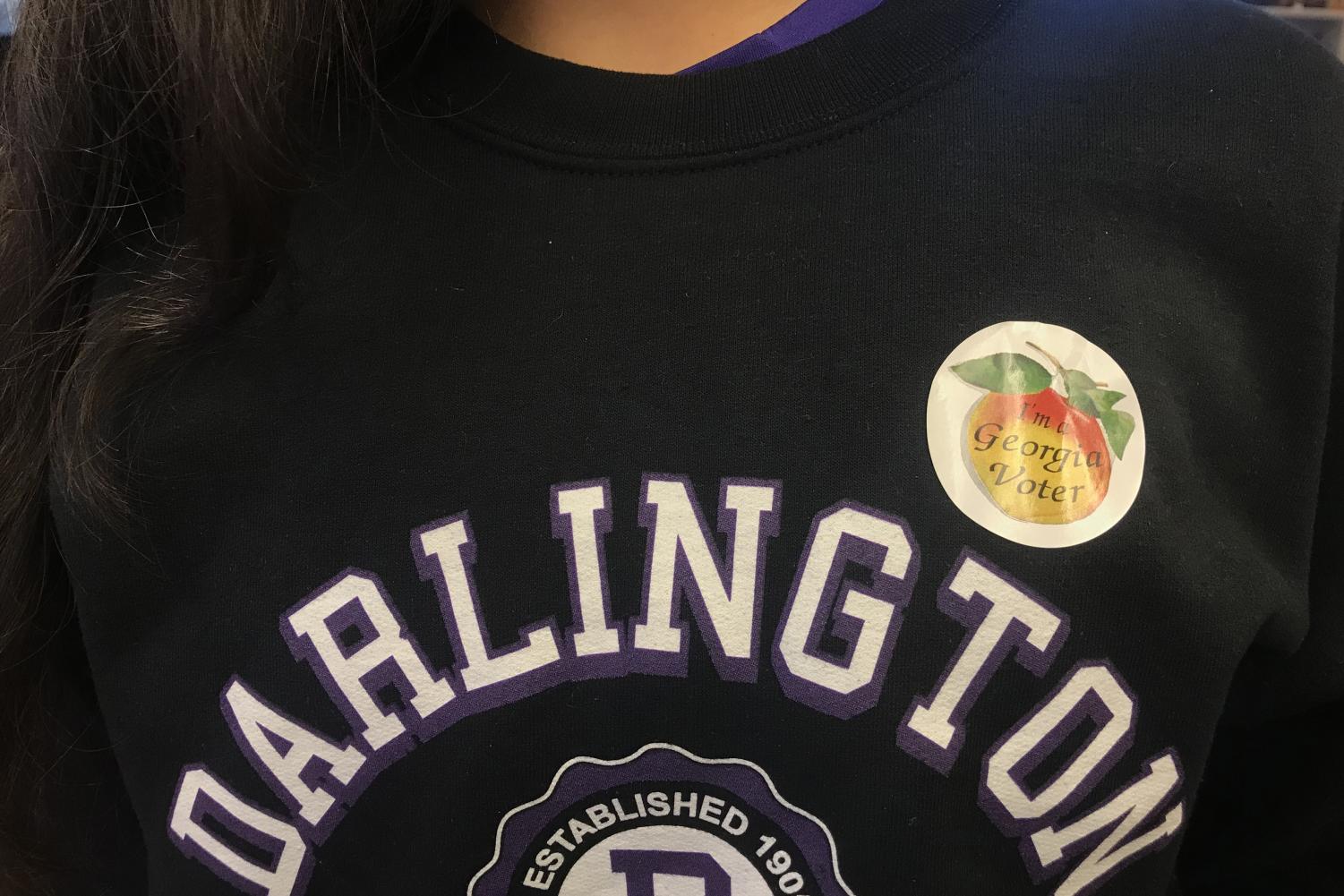 The Debate of the Ages

Why We Should Lower the Voting Age

Following the wake of the events that took place at Marjory Stoneman Douglas High School in Parkland, Florida last February, student activists have been urging teens to take a stand and make their voice heard. The problem is there is one major obstacle in the way from teens being able to make their voice heard and to make a change; we cannot vote. The voting age in the United States of America is 18 years old, which is young for some, but after these events, many have argued whether or not it should be lowered to 16 to give these teens a voice.

While some will argue that 16 is too young of an age to make decisions that affect the entire nation, I think it’s the right age to allow teens to help choose the future of their country. Teens are expected to follow the laws, but we have no opportunities to help decide them. Unlike past generations, my generation has grown up through issues such as terrorist attacks and mass shootings. Some teens have taken a stand and formed movements such as March For Our Lives to get teens and young adults to go out and vote to make a change towards gun control.

Past generations lived through a time of war when foreign affairs were considered especially dangerous. Nowadays, our generation has seen the positive impact immigrants have had on this country including strengthening the economy by creating stable businesses. Why should we not have a voice in something that will affect us along with many others personally?

Another major concern for teens across the United States is school safety and gun control. Many teens are concerned about the safety of our schools and the lack of protection that the government is offering. Our elders are not as concerned about this topic because they don’t live through every day like teenagers do. We go to school every day fearing whether or not our school will be next. Like the March for Our Lives movement, we have the right of free speech, so we should have the right to vote for topics that affect a majority of our age group.

So many teens around the nation have been protesting for gender equality and racial equality. From peaceful protests to violent protests, teens are still the epicenter of these new national movements. Teens are the future, we need to make decisions that will make a change now, not later.

The voting age in the United States is 18, but lowering the age to 16 could help the voter turnout. With the mass majority of teenagers being on social media, for politicians to launch campaigns on social media could help reach this new audience and could benefit them in the long run. Social Media has been a common way for politicians to use campaigns, but the matter of fact is that they’re not reaching the proper age target. If the voting age was lowered to 16, politicians could launch campaigns and be actively involved in the use of social media to lure these audiences to the polls.

At the age of 16, we are responsible enough to hold a driver’s license, become an organ donor, and even get married. Why is it that teens are allowed to get married before you are eligible to vote? That seems a little bit absurd that we can potentially commit to a lifelong relationship but still not vote for what we believe is right. One common argument is that voting affects everyone. We can hold a drivers license and use it responsibly without harming others, showing that we are mature enough to make decisions that affect us and others.

There are many reasons that the government seems to ignore as to why teenagers should vote at the age of 16. If they’re concerned with the responsibility of the child, a parent could perhaps sign legal consent that their child can vote and they must not have points on their driving record. For right now, since the voting age remains at 18, if you are of age, please go out and vote. Every vote counts. But if you are a teenager who longs for their voice to be heard, please go out and make a stand because we will fight for the government to change this, everyone’s voice needs to be heard.

Why We Should Not Lower the Voting Age

With the approaching midterm elections, a recent increase in polarization has generated a large increase in voter turnout. In Georgia and Texas, citizens ages 18-29 have increased their early vote rate by 500%.  This is no surprise due to the recent influx of politically active minors responding to national tragedies such as the school shooting at Marjory Stoneman Douglas High School. The augment in teenagers lending their voices to politics has prompted many to argue the voting age be lowered to accommodate the younger politically active citizens. However, the youth of America needs to wait their turn.

As law makers make and implement policy, they consider the collective voice over the wants and interests of an individual. There is slim chance for the success of any push for the voting age being lowered because it fails to consider that while there is a growing percentage of politically active highschool students, the vast majority still fail to hold an understanding of the inner workings of our democracy, political process, and major issues. It seems as though high school students have obtained a greater political consciousness due to the hyper representation of politically active students in the media; however, there is still a large majority that have not even begun to develop their personal political ideologies, leaving them to fall to the will and ideology of their parents. Allowing many under 18 to vote would simply grant their parents or those socially influencing them two votes rather than one, and we should not compromise the integrity of our democracy for the desires of some individuals.

Young people are legally disenfranchised in this country, and our constitution clearly grants the right to vote to those above the age of 18. However, there is still a large amount illegal disenfranchisement that must be resolved before there is a focus on expanding voter rights. People of low socioeconomic status are having their votes suppressed due to voting restrictions such as tougher voter ID laws, barriers to registration, and cutbacks on early voting. If as a nation, we cannot properly execute the right to vote for the citizens who the constitution already guarantees it, it is unfeasible to propose an expansion of these rights. We must first fix the issues that are already inherent and present in our system, so that when young people finally reach voting age, they have an equal opportunity to be heard.

It is understandable that those who take a strong interest politics yearn to articulate their interests through voting; however, there are many other forms of interest articulation that young citizens may take part in. There is no law prohibiting those under 18 from writing to their Congressman to express their grievances. Additionally, as demonstrated by protest movements stemming from the Marjory Stoneman Douglas shooting, there is much power the physical manifestation of the student voice. Voting is not the only way to effectively contribute to our democracy, and the students who have a greater political understanding than their peers are already using these channels.