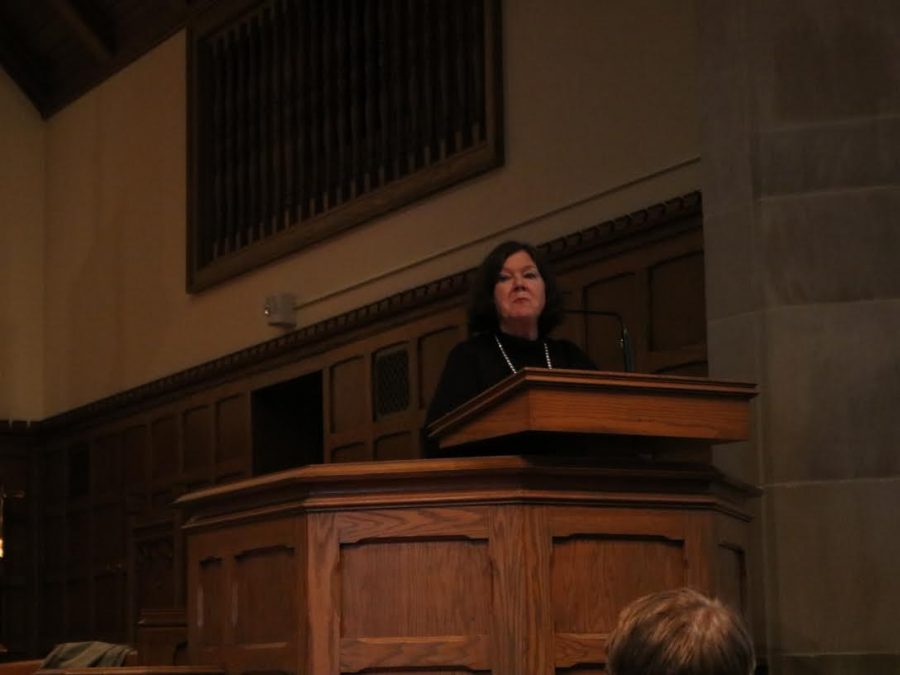 Mary Badham’s speech was meant to highlight the relevance of To Kill a Mockingbird in today’s society. A goal which was accomplished well in spite of the unwarranted outrage her words sparked.

Many were upset about how “political” Badham was and expected her to just speak about the book; however, if they had listened to what the grant that brought Badham to Darlington was really about they might not have been so surprised.

The grant proposal reads as this:

Cultivating empathy and seeking different cultural perspectives are two important components of Darlington’s Portrait of a Graduate, and the grant’s proposal was to impart opportunities for Darlington’s faculty and students to enrich themselves and grapple with the following questions: How do we impart tolerance or empathy and the courage to learn and embrace other cultures if we have not personally embraced these characteristics ourselves? And if we have embraced them, are we purposeful in our applications? Do we have the courage to discuss topics that make us uncomfortable or that we do not understand? Do we have the conviction to follow our dreams even when the journey is hard or risky? Are we tolerant and listen to others’ ideas while not pre-judging them? Or, are we authoritarians in our classrooms; do we censure different thought and opinions; and do we shy away from troublesome topics? Are we able to admit when we don’t know the answer to a question, or when we are not qualified to speak of an experience that we have not had?

Racism is still around and still has a much louder voice in our government than it should. This is what Badham came to talk about. She came to tell us how we could learn from Scout, Jem and Atticus and begin to heal our broken nation.

Badham’s interest is in “expanding knowledge about the film’s message of social injustice and to insure that each generation of students can experience the film’s impact.” She has been quoted saying, “This is not a black-and-white 1930s issue, this is a global issue. Racism and bigotry haven’t gone anywhere. Ignorance hasn’t gone anywhere.”

Racism is not dead, and it is up to us to fix it. And we start fixing it by exposing ourselves to cultures that are different than our own. So, as the grant says, we must find the “courage to learn and embrace other cultures” and be “tolerant to others’ ideas without pre-judging them.”

One of the most recognizable quotes from To Kill a Mockingbird is probably, “You never really understand a person until you consider things from his point of view…until you climb in his skin and walk around in it.” This is what we must all do. We must take the time to familiarize ourselves with the views, values and beliefs of others in order to fix societal problems and injustices that plague our world today.

Being exposed to others’ opinions isn’t “indoctrination,” as I have heard used too many times to count over the past several days; it’s life.

It is only through discourse that we learn. As Badham said, “Ignorance is the root of all evil” and “Education is the key to freedom.”

The issues with Badham’s speech did not arise from the goal set by the grant proposal nor the underlying message of her talk, but rather from the unfounded sense of moral and intellectual elitism Badham displays and the attacks on the character of those who disagree with her opinions.

One of the first questions posed to Badham was whether or not she realized the social significance of the film at the time of filming. “No,” she said. “I was this little dumb kid from Birmingham, Alabama.” However, Badham used the recognition from her childhood role as the basis of her elitist attitude towards the student body. For a child actress unaware of the significance of her role, she acted as though the role and her history provided her a moral high ground to speak in absolutes.

Badham’s coaxing the student body to repeat “Ignorance is the root of all evil” ad nauseum seemed relevant at first, but it quickly became apparent the reasoning behind using this repeated chanting as the speech went on. Badham used this phrase to divide opinions into two camps: those who agree with her, and those who are “ignorant and evil.”

Badham quickly diverted from the film and its relevance to instead make erroneous claims about the current presidential administration and the supposed moral degradation that is occuring in Washington as a result. Badham implied that current representatives in our government would like to see segregation reinstated by saying, “People in D.C. right now would like to see those days brought back,” elucidating that period where a black man in Alabama could have been dragged through the streets and beaten to death for looking her in the face. “I don’t want to go backwards in time.” She also alluded to our current presidential administration mirroring the National Socialist Party (Nazis) in 1930’s Germany. These unfounded and hyperbolic claims are not only inflammatory, but they are also dangerous to the true pursuit of acceptance and equality.

Whenever someone makes claims such as these they trivialize the real issues minorities face. Badham didn’t speak of disproportionate arrests and sentencing for African Americans. Badham didn’t speak of cultural divides between those of different races or political opinions that need to be bridged through maturity and positivity. Unlike Badham, Georgia Supreme Court Justice Britt C. Grant spoke on real issues that are being solved in our state high courts today. Grant had more experience and knowledge of the issues than Badham, yet she presented them in a neutral and constructive way. Badham, on the other hand, attacked one side of the aisle and presented the issues in an unconstructive manor. Badham failed to speak of the strides towards equality made in the South since her childhood. Rather, she utilized inflammatory and objectively incorrect rhetoric to claim a faux moral high ground and discredit the progress that has been made since the film’s release.

The grant proposal poses an important question: Are we tolerant and listen to others’ ideas while not pre-judging them, or are we authoritarians in our classrooms? Do we censure different thought and opinions. Badham clearly prejudged those in the political opposition, and she censured opposing views on issues other than equality by implying those not on her side of the political aisle are ignorant racists.

By speaking in moral absolutes and slandering politicians in Washington, Badham not only made it easy to discredit her opinions, but also easy to forget about the true purpose of her speech. The important conversation that needs to be had on prejudice, progress, and equality needs to be handled in an objective and mature way. Badham, however, did not deliver her message in this way.

Let’s not forget the message found in To Kill a Mockingbird. Racism and inequality are enemies of liberty in a free and fair society, and these issues need to continue to be discussed and solved by students and teachers alike. However, we need to focus on unifying rhetoric that tackles the real issues we face in society today, not rhetoric that is ineffectively inflammatory, mistake laden, and dangerously hyperbolic.