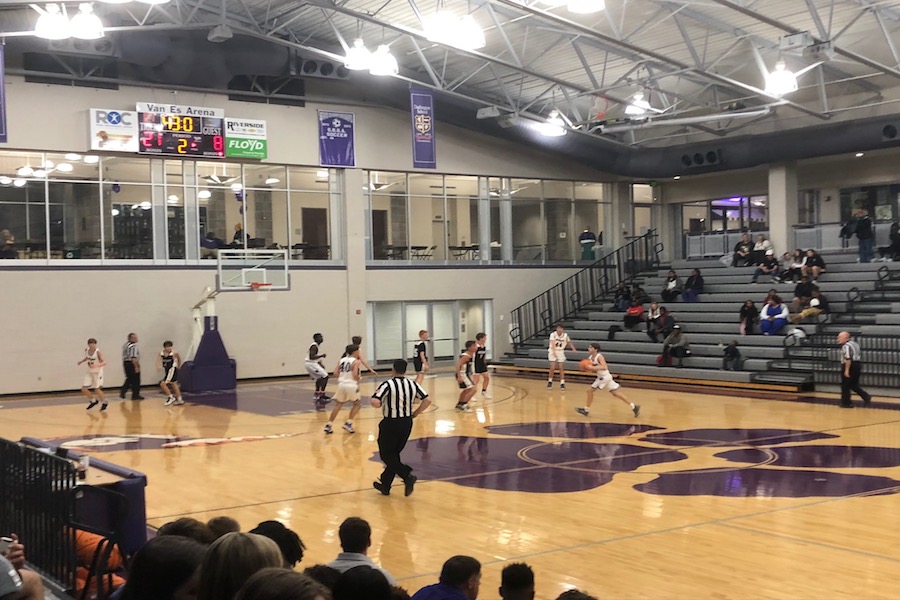 The boys varsity basketball team kicked off the season with a 34-31 victory against Rockmart on Tuesday. Although it was only a scrimmage, it was a great opportunity for the team to showcase what they have been working on and test their abilities against another team. The effort was the difference maker in the game.

“It looked like we wanted to win more than them while we were on the court and that was the key to us winning the game,” junior Lawson Brown said. “The huge crowd also helped get into rockmarts head, that was another reason why we had an advantage.”

Although the win was satisfying, there is still plenty to work on as the season progresses.

“We played really hard but Coach West said we could play harder,” senior William McClain said. “We have to work on our defensive rotations because we messed up some of them up in the game.”

The game also gave an opportunity for some of the inexperienced J.V. players to get varsity reps.

“It was a very fun game to play in especially as my first game in high school,” freshman Connor Brown said. “The scrimmage went very well, it was a great atmosphere with all of the students and family there. We played hard and wanted to win, our press was forcing uncaused turnovers.”

The team is looking forward to the rest of the season, their next game is against W.D Mohammad at home on Saturday.

“We still got a great win to open the season up and we are all excited about what is to come. We should be an improved team on Saturday, ” McClain said.