Scoring a Deal for the Future: DSSA Academy Signing 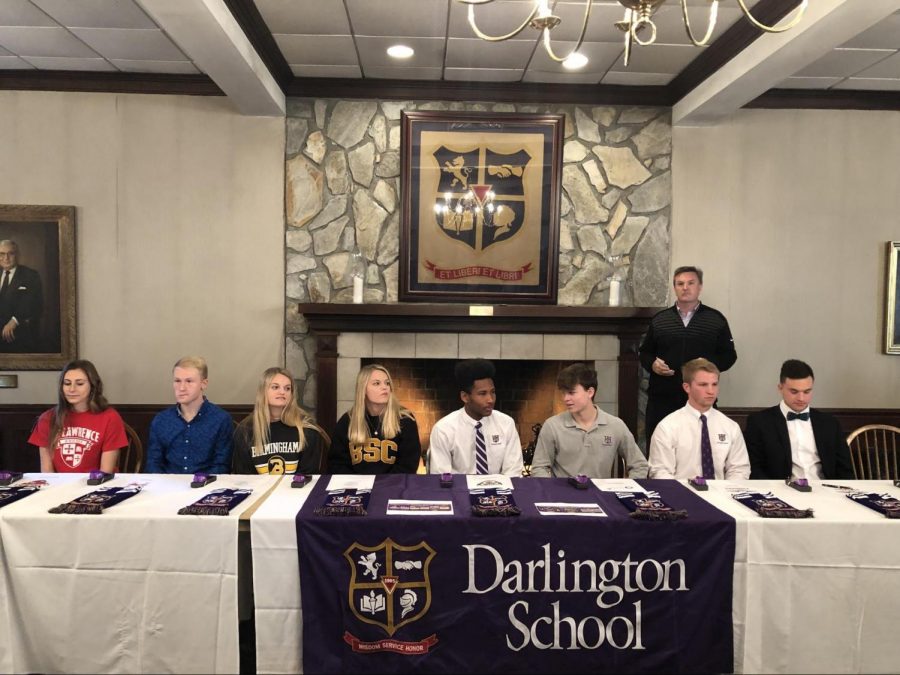 On Wed. March 6th, the Darlington Soccer Academy signed 9 players to play at the next level. The players have been working vigorously on the field and throughout the recruitment process to secure a spot on their respective college teams.

“This is the second group of student-athletes that are signing for signing day we had a big group sign back in November,” Coach Becks Nolin said. “Obviously there’s never any rush on the decision, but we are very proud that they have found a home at the next level.

Many of the academy players attribute their training with the soccer academy to their success, and their time as high school has readied them to play in the future.

“We train every day so I’ve definitely gotten a lot better since I first got here. When I first got here I didn’t think that it would be possible for me to play in college but training every day and playing college teams has really prepared me,” senior Grace Wagshul said.

Next year holds many opportunities for the players to contribute in major ways to their new teams.

“Going into my new school, I hope to change up the program, and hopefully winning us a title,” senior John Engerman said.

The soccer academy establishes a strong sense of community within its team, and the players hope to continue this tradition as they go on to play on the next level.

“I am really excited for playing with a new team and my new coach. When I visited, I met some of the girls and I really liked them, and I love the coach so it’s gonna be really good,” Wagshul said.

Although they are said to see them go, the academy coaches are certain they have prepared them to excel on and off the field.

“They have worked very hard for this and we know that they’ve got wonderfully bright futures ahead of them academically and soccer-wise,” Nolin said.