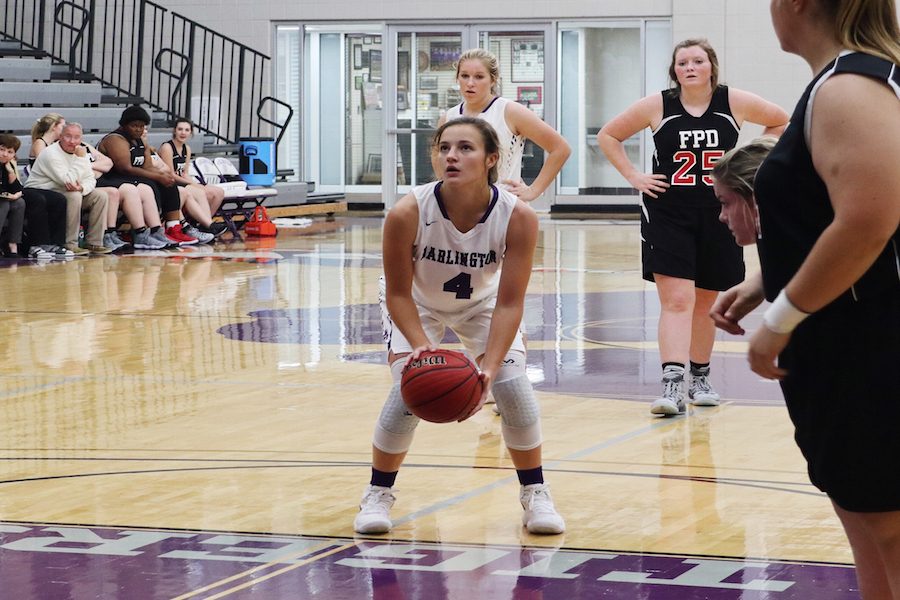 The girls basketball team opened their season by defeating First Presbyterian Day with a score of 42-29. The team is trying to follow up last season’s success, which saw them reach the elite eight of the Single A State Playoffs. After the first win of the season, the players seem to have a positive outlook on the season.

“I think once we find what works best for what we bring to the table, we should have a good season as long as we believe in each other and the goal we are trying to achieve together,” sophomore Caroline Dingler said.

The girls were happy with the result, but they feel like there is a lot to improve on over the season.

“We played pretty well Friday but of course there’s more to improve on but that will come with more practice and more games,” junior Annabelle Braden said.

The players were excited and satisfied with winning the first game of the season.

“The game went well for our opening game. We still have a lot of work to do but I think the team is up for challenge,” Dingler said.

The youth of the team along with the strong first win gives the team some confidence going into the rest of the season.

“We are young this year with Julia Holmes being our only senior, but I think that everyone wants to work hard and win,” Dingler said.

“Our first game made me really excited for the season. After preparing for the season for over a month we were definitely ready to start playing and getting that first win under us helped a lot,” Braden said.