Review of Dora and the Lost City of Gold 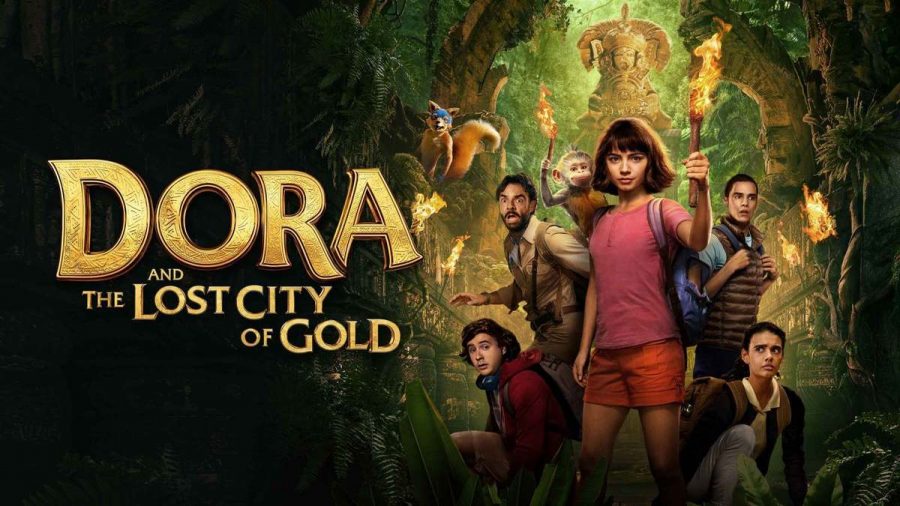 For many of us, childhood was filled with two dimensional images of bright red boots, a shiny purple bookbag, and a pink and orange outfit combo that’s forever ingrained in our hearts. If you don’t already know I’m referring to the iconic early 2000’s Nickelodeon show “Dora the Explorer.” The show’s premise was based on a Latina child who went on crazy adventures, while simultaneously teaching her young audiences a little bit of spanish. Also, the show would feature the fantastic thief swiper who would swipe Dora’s possessions. However like many supernatural beings saying his name three times would cause a reaction, in this case that reaction would be his immediate inability to swipe from Dora.

Now, many of us left Dora in our childhoods, especially since the show’s end, but Dora said she’s not going anywhere. A new Movie “ Dora and the Lost City Of Gold” was released August 9, 2019. My initial reaction to the movie’s announcement was “ Oh no God why, nobody asked for this,” and after watching the movie, my reaction was “ Oh God I didn’t know I needed this.” The movie stayed true to the essence of who Dora was by continually breaking the fourth wall to ask audiences thing such as “ Can you say ‘delicioso’?” and staying true to Dora’s optimistically upbeat outlook no matter the situation. Even if that situation is angsty teenagers giving her the side eye at school. The movie also featured all the iconic characters we love with Isabeler Moner as Dora, Benicio del Toro as Swiper, Danny Trejo as Boots, and Jeff Wahlberg as Diego.

As far as the actual content of the movie, it was basically a children’s version of previous jungle adventure movies like Jumanji, Indiana Jones, or even The Jungle Book. In spite of lacking originality, Dora and the Lost City of Gold is a gem packed full of nostalgia, funny jokes for the parents, a Boots and Swiper battle scene, and a relatable sub plot of a girl just trying to adjust to being in High School. I give this movie four out of five stars.