Thank U, Next – Review 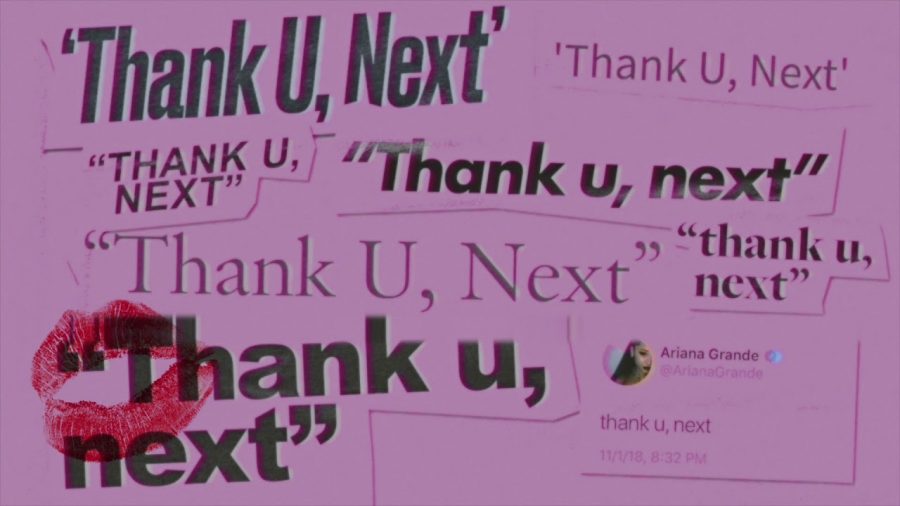 Thank U, Next seems to be inspired by her breakup with fiance, Pete Davidson. The album radiates I’m-over-it with songs like “7 Rings,” “Fake Smile,” and “Thank U, Next.”

“I love the new album, it’s a very new sound for Ariana. It’s a lot rougher and more unapologetically her,” senior Maggie Inman said. “Thank U, Next is definitely hip hop. It’s a break from her past work that I think she really needed. It’s definitely not a continuation of Sweetener, it’s a rebranding.”

Though not every fan is supportive of the new album.

“I think [Thank U, Next] draws form Sweetener because she’s in the same headspace as when she wrote Sweetener. I can’t say the same for Thank U, Next as Sweetener was a far better album with almost all bops and bangers,” senior Aaryn Ijames said.

Despite the closeness of Thank U, Next to Grande’s previous album, it has done incredibly well on the charts for weeks. All 12 songs placed within top 24 on Billboard’s Top 50.

“My favorite songs off the album are “NASA” and “Needy,” because they’re both really down to earth and I think they really came from an authentic place in her mind,” Inman said. “I can relate to both of these songs even though they kind of contradict each other and I think that’s the point she was trying to make, especially by putting them next to each other on the album.”

The last couple of years have been tough for Grande as two years ago her concert was bombed and her long-time ex-boyfriend, Mac Miller, died from a overdosed.

“This album was a healing method for her, she’s had a rough couple of years and she needed a way to work through those emotions. Grande really uses her music to do that,” Inman said.