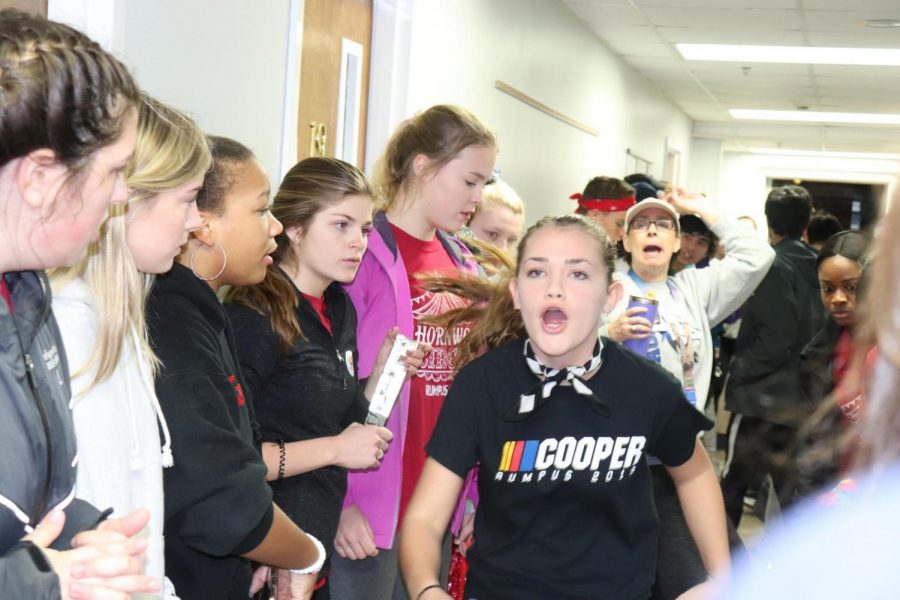 2019 RUMPUS Relay kicked off bright and early Saturday morning. The relay consists of completing various activities and having to run or have a runner sprint for them to the next event.

Relay is a beloved event by many, despite the strenuous physical demands and the usual surprise rain. However, it is a place to showcase those weird or quirky talents people might have.

“So, first of all I was kind of disappointed cause of the cold rainy weather, but after running for five events in the relay I was excited because I love to run,” said junior Augusta Wayt (Thornwood).

Some of the favorite relay events besides running, included Purple Cow, Solving a puzzle, and hot dog eating.

However, one major component involved in Relay is the running. Usually, relay is scored on a two-four six-point system for the girl’s houses separate from the boy’s houses where 3rd place got two points 2nd place got four points, and 1st place got six points. This year, however, the girls and boys houses were scored the same which caused quite a bit of discontentment.

Nonetheless, relay was enjoyed this year, especially by a new student.

“Relay was fun because I got to be with my friends, and I got to be competitive between other houses. Everyone showed their best and it was great,” said junior Sebastian Mulás (Neville).

1st place for Relay went to Moser, and following in 2nd and 3rd was Neville and Summerbell.