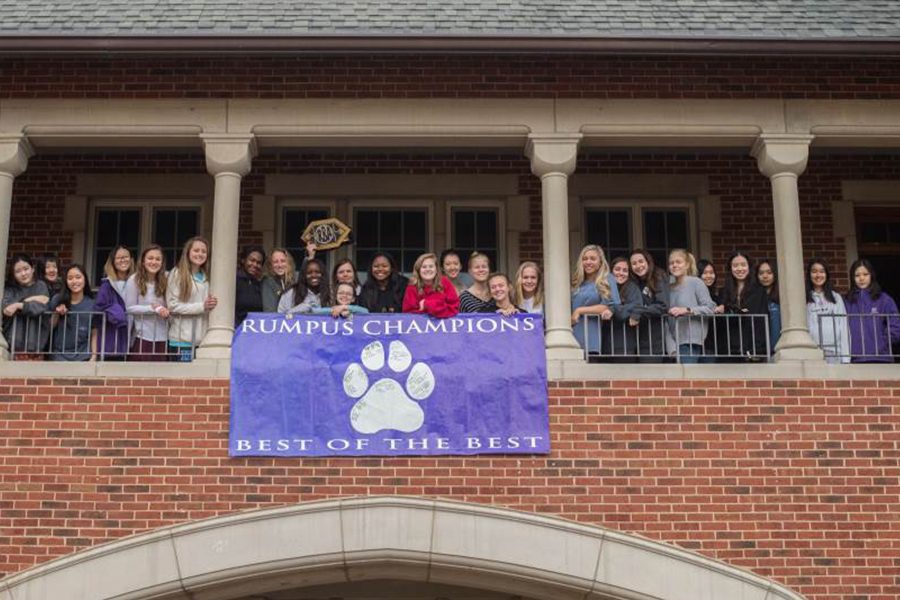 The end of RUMPUS began when the Lip Sync judges left to deliberate the results. Brian Inman invited all of the seniors onto the floor to be recognized, then started the music as a celebration of the end of RUMPUS.

After dancing and talking with friends, the judges re-entered the room and it was time for the results to be announced.

“There was a lot of anticipation waiting for the final results,” Summerbell Head Prefect senior David Hagler said. “Our hearts were pounding as lip sync was finally announced and Summerbell bursted with joy and happiness.”

The results of lip sync and spirit were announced, then the final scores.

The final RUMPUS results are as follows:

When the announcement was made that Regester had won, the Regester girls stormed the gym floor to celebrate their victory.

“I was so happy because we are the first girls’ dorm to win twice and it was just good knowing that all our hard work was not in vain,” Regester Head Prefect senior Makkie Obiakor said. “It was crazy. We ran out onto the basketball court. It was great.”