Review of Cassadee Pope’s I Am Invincible 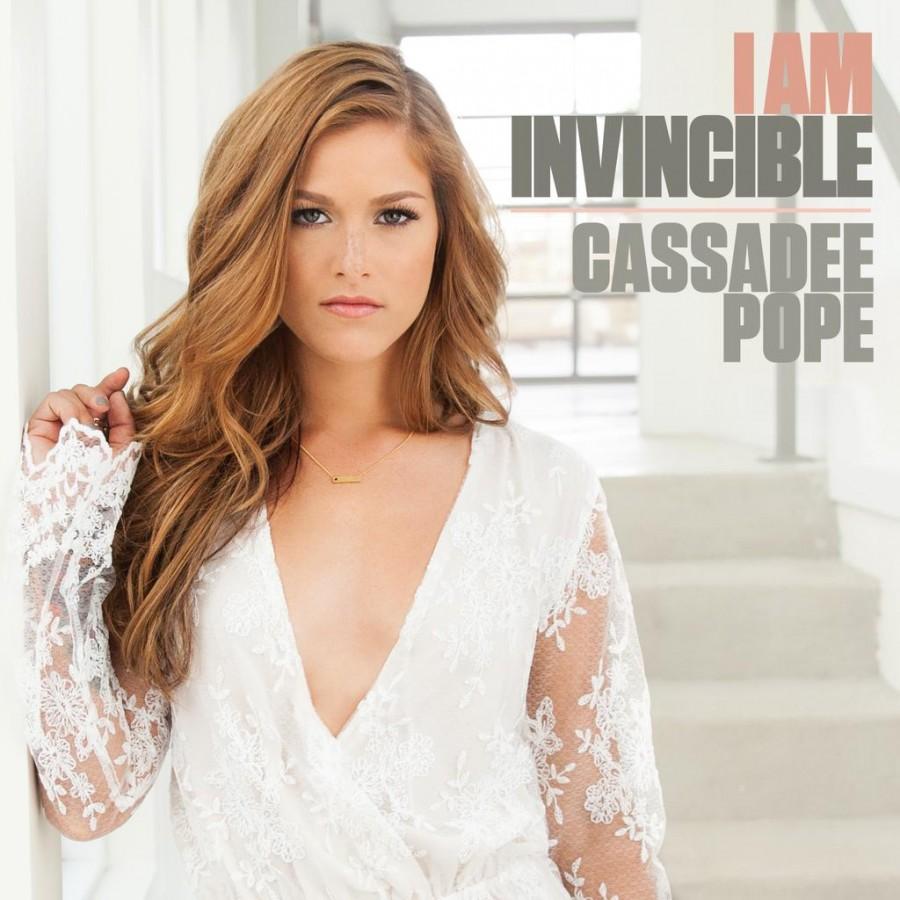 No matter if it’s The Voice, American Idol or X-Factor, reality shows, although they have a large amount of talented contestants, rarely produce any “musical sensations” like they claim to be able to do at the beginning of every season. Cassadee Pope, the winner of season 3 of The Voice, is one of the people whose PR-team is screwing up their chance of success. Her new single “I Am Invincible” proves that she has more to worry about than her PR team.

In the Kelly Clarkson influenced country-rock anthem, Cassadee Pope sings on a more personal level about overcoming the struggles and pain in her life. “Broken glass inside won’t cut through me/ Pain behind my eyes I turn into strength” she sings as she recalls her past struggles and how they helped her become stronger. “I am invincible/ I am unbreakable/ I am a diamond cut to last” Her voice shines through the explosive, sky-high chorus, bringing a breeze of positivity to the audience with her wide vocal range with crystal clear high notes.

It’s difficult to make a self-empowering power-ballad without coming off as cheesy and Cassadee Pope isn’t even close to avoiding that trap. The combination of the clichéd verses and the adjective-naming chorus in contrast with the impressively catchy and thoughtful melodies and delivery make the song seems half-hearted at times. Drawing influences from other borderline cheesy songs like Katy Perry’s “Roar” and Kelly Clarkson’s “Stronger,” “I Am Invincible” definitely didn’t bring anything new to the table. On the other hand, it’s never a bad thing to stay in your lane to get better at what you’re already doing.

Cassadee Pope is definitely one of the more underrated singers and definitely deserve more success. However, all things considered,“I Am Invincible” is definitely not one of her best songs.