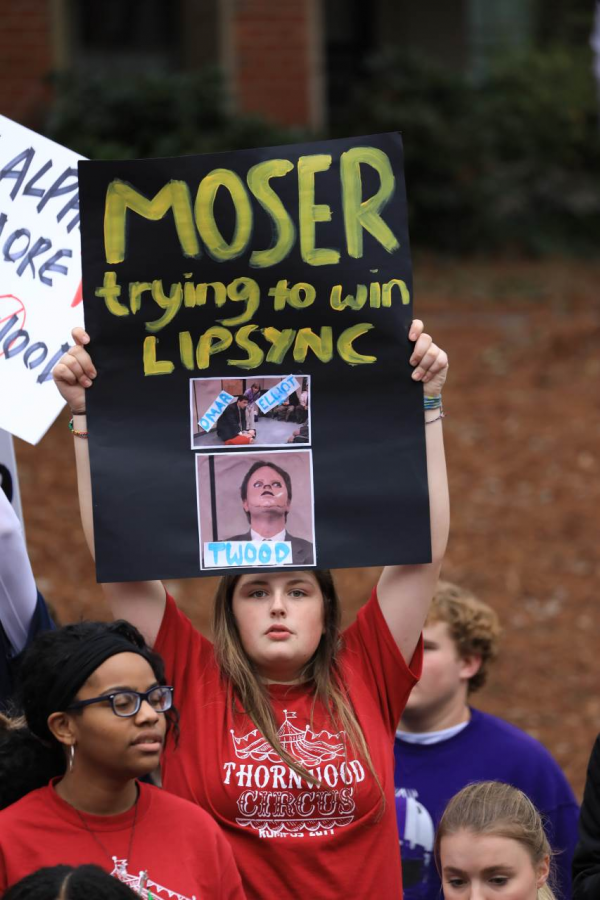 Monday, December 9, 2019, the RUMPUS Theme Reveal kicked off the competition.

Cooper House’s theme this year is villains. “This year Cooper is most excited about lip sync because we’ve been preparing and I think it’s really good. We’re feeling confident in every aspect this year,” Veeka Malanchuk, Day House Leader said. “We’re also excited about having a theme that so many people feel like they can rally around and what a dedicated group we have this year. I’d say that we’re not worried, all that matters is we do our best to make it a fun weekend for everyone,” Leelee Barnes, Head Day Prefect said.

This year Summerbell House’s theme is Capital Hill. “We are ecstatic about our theme of Capital Hill. I would say our biggest fear is dominating RUMPUS so much that the other houses do not want to compete again next year,” Dawson Williams, Head Day Prefect said.

Regester House’s theme this year is MTV or RegTV. “I’m most excited about getting to experience RUMPUS with all of the new girls in the dorm because they are all super excited about it,” Grace Garlinghouse, Head Dorm Prefect said.

This year Moser House is Camp Moser. “We’ve been putting a lot of work into lip sync so we are really pumped to perform it and we are worried most about fear factor…because it’s disgusting,” Chandler Pittman, Head Day Prefect said.

Thornwood House’s theme is Disney/Thornwood Pictures. “I’m most excited about lip sync and the bonding time we are going to have as an entire dorm. I’m most worried about fear factor,” Sophie Jin, Head Dorm Prefect said.

Neville House’s theme is Neville Wrestling Entertainment “NWE.” “We are excited for the fact that we have the best theme but we are worried about the rule changes for scoring,” Gavin Butler, Head Dorm Prefect said.