An Introduction to Mental Health 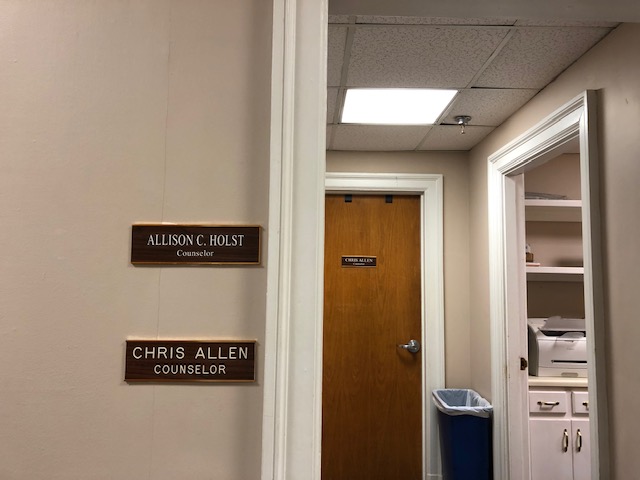 In this day and age we know a lot about our bodies, but what about our minds? When we are physically damaged it is easily noticed because there is an external mark: a bruise, cut, brace, cast, or limp. However, when something isn’t quite right internally it is much harder to tell.

Mental disorders are typically long-lasting and consistent, sometimes that can be confused with everyday life problems. Disorders tend to disrupt people’s everyday lives over simple things like leaving the house to drive somewhere or just talking to people.

“Mental disorders are not something that a person can control; they happen due to chemical imbalances, genetics, stressors, and traumatic events,” senior Morgan Ivester said. “Talking about these disorders at home and school helps kids feel like they’re not alone, and can help them to understand that there are ways to get better.”

The Counseling Department is attempting to educate teachers during faculty meetings to help them help students.

“Once a month we’re bringing up common issues that students deal with and helping teachers learn more about that. The other thing is just being there for the students, being compassionate and understanding that there are times when students need extra help during difficult times in their life. The teacher should be there to listen and support the student,” counselor and psychology teacher Chris Allen said.

When it comes to anxiety, it is important to develop a team of support at school as well as exercises to use when in an anxious state.

“The first thing anyone can do who knows they have anxiety problems is to have a team they trust to support them but then have a plan to implement. Those strategies are easy but they’re hard to implement without practice. For instance things like counting to ten or making a plan or bringing your heart rate down so that you can realize the facts,” Learning Center Specialist Jennifer Luitweiler said. “So what’s the reality? Are you going to die because this didn’t get turned in? You have a lot of work to do, but you also have this finite amount of time to work on it. Let’s put the worry aside because the worry isn’t going to solve anything, it’s really just keeping you from doing the things you need to do which will only actually end up making your anxiety worse because then you’re not doing anything.”

It’s important to realize mental illnesses are not rare, as one in five people typically battle a disorder at one point in their life. With an illness such as depression, it can be very common situational depression (ex. losing a loved one) as opposed to a major depressive disorder where one faces depressed days for the majority of days in a week or experience an episode lasting for two weeks.

“Having a panic attack can feel different for different people. As for me, my breathing falls short, my chest tightens, my hands shake, and I can’t focus on anything. I have to go to a quiet place until the attack passes. Panic attacks are not fun, and it’s not an exaggeration when people say it feels like they’re dying during one — it really feels life-threatening,” an anonymous student said.

By creating a safe environment in homes, schools, and between friends, it can make all the difference in a person’s day.

“As a society, we need to work to take away the stigma of mental illness with a broad-spectrum from anxiety, depression that really a lot of people in our society deal with all the way to the more severe things like schizophrenia. People hear ‘mental illness’ and they think the worst,” Allen said. “But people with mental illnesses are everywhere and function very highly in society. I think if we can take away the stigma of the term then we can all be more accepting and maybe create an environment where we can really help each other out and understand the difficulties that we all have.”