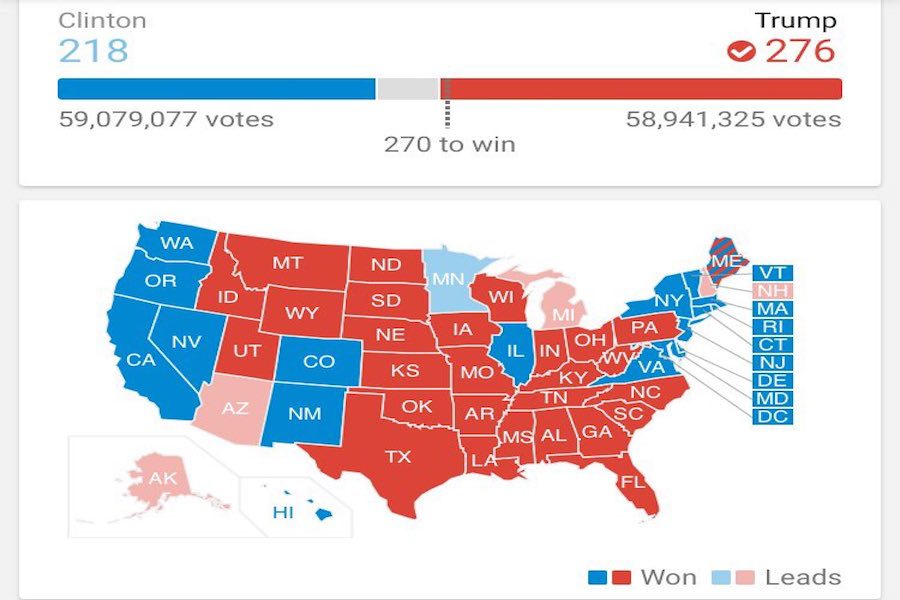 The 2016 Presidential Election has sparked conversation all around campus.

Students have had mixed emotions about the results of the election, causing a lot of diversity of thought.

“People are very passionate about this election because no one is able to just talk about it; it almost always turns into an argument,” said senior Anna Claire Atha.

This election has caused difficulty between friend groups; it has even made people question how others could have such opposing views.

“Many of my friends are opposed to my opinions about the election, but at the end of the day I cannot control who they vote for because it is a human right that everyone has; there is no right or wrong option,” said junior Jamila Wood.

Even the boarding community has had a strong response to the results of this election.

“I won’t let him kick me out of the country,” said sophomore Arzum Ozyigit from Turkey.

Not all international students, however, are so against Donald Trump’s win.

“I feel like we should give him a chance; hopefully it’s not gonna go down,” said senior Lisa van Susteren from Germany.

This election has taken ahold of the community, impacting daily conversations and personal perceptions. Even those who were not interested before became interested and wanted to know what was going on.

“I know this only happened a week ago, but some people just can’t drop it, and even some people are scared to voice their opinion because they know they’ll get judged or even be looked at differently, ” said sophomore Annabelle Braden.