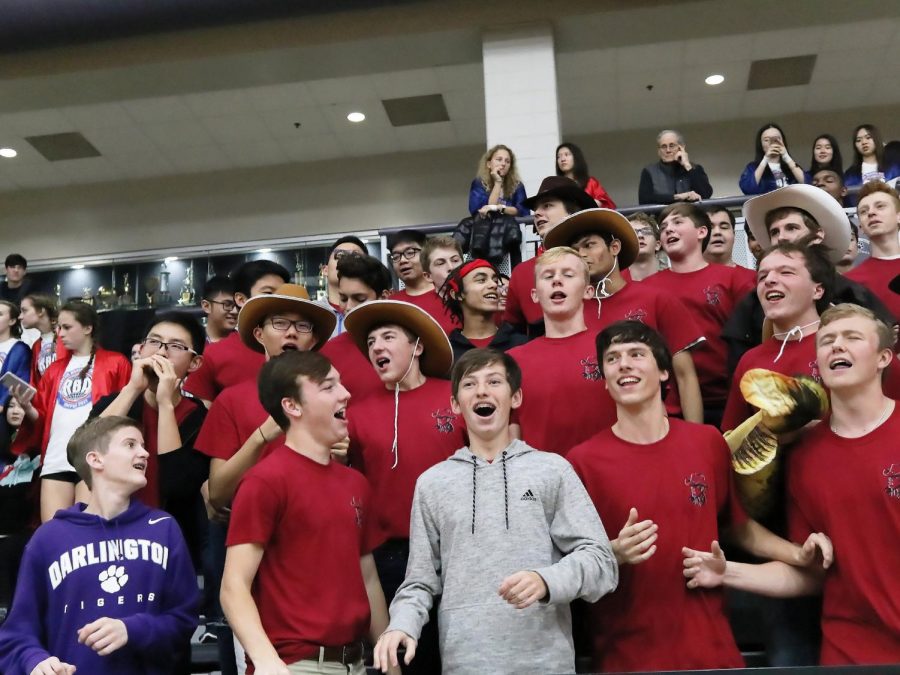 The Eagles began the game strong, leading the Tigers 6-0 after a three-pointer and an and-one basket. Junior JD Hull put Darlington on the scoreboard with a made free throw. A three-pointer by junior Andrew Land brought the score to 6-4 with the Eagles still leading.

Back-to-back jumpers by North Cobb increased their lead to 10-7 with junior Eli Brooks adding to the Tigers’ score with a three-pointer. A defensive stop by Darlington and another three-pointer by Land tied the score with one minute remaining in the first quarter.

The Eagles answered with a three-pointer and two made free throws to lead 15-10 at the end of the first quarter.

A fast-break layup and a foul on a made three-pointer resulting in a four point play increased North Cobb’s lead to 25-10. Land broke their scoring run with a three-pointer, cutting into the deficit 25-13.

A jumper for both teams made the score 27-15 midway through the second quarter. A foul by Darlington on another three-pointer attempt gave the Eagles three made free throws, upping their lead 30-15.

A backdoor pass by Brooks to Hull and a three-pointer by the Eagles made the score 35-19 going into halftime.

“It was great to see everybody show up for the game. We played a tough game against a really good team that I think we could’ve beat, but overall I think it was a pretty good night,” Hull said.

Defensive stops by both teams kept the third quarter scoreless for the first two minutes, but a three-pointer by Brooks broke the ice, making the score 35-22. Strong drives into the lane gave Hull two made layups, bringing the Tigers closer to the Eagles with a score of 35-26.

A made free throw and three-pointer increased the deficit to 13 with a score of 39-26. A missed layup with a putback by sophomore Tate Ratledge and another layup and free throw by North Cobb increased their lead to 42-28 shortly before the end of the quarter.

Layups by the Eagles and a made three-pointer for both teams made the score 50-31 to go into the final quarter.

North Cobb began the quarter with another layup, but a foul by the Eagles put Hull at the line to make both free throws, increasing the score to 52-33.

A fast break layup and three-pointer by the Eagles and a free throw by Darlington made the score 58-34 midway through the fourth quarter.

Two layups by Hull and a layup by North Cobb increased their lead to 60-38.Another layup by the Eagles and two made free throws by Hull kept the deficit the same.

Free throws for both teams upped the score 66-43 shortly before the end of the quarter. A layup by junior Roth Wilcox made the score 66-45.

“North Cobb was a very fast team, which gave us some trouble. They also were very skilled shooters. We had a pretty good shooting night, but it just wasn’t enough,” Wilcox said.

Offsetting fouls on both teams gave Darlington the ball with seconds remaining in the game, with Hull being fouled on the final drive and making two free throws to end it with a final score of 68-47.

The Tigers will travel to Mt. Zion to play another region game today at 7:30.

“We learned the amount of focused effort it takes to compete with the top teams in our region,” head coach Bradley Pierson said. “Today at Mt. Zion is another important region game; hopefully we take our experiences from last night and continue to grow as a team.”